For some time now I have felt pulled in different directions and have been trying to pick apart my life and only present certain aspects in certain places where I believe they will be accepted. It’s one of the things that Autists are encouraged to do. You might see it called masking.

I tried to conform my use of plant medicine to fit with the modern Herbal Community™ and just write a separate blog for those interested in history. That just doesn’t work for me. My practices have always been informed by older methods that were handed down in my family and for a time I thought that meant they were “wrong” in some way because they didn’t line up.

I have different ideas about who was “wrong” now. The thing is that there’s nothing wrong with herbal clinicians basing their modern practice on medicinal texts published by doctors in the 19th century. That makes sense to me because we are working as professionals. I cringe inwardly at the home herbalist classes being offered because they speak to a practice that didn’t really exist.

As I believe I have said before, grandmothers would collectively spit tea through their noses laughing if they saw you all drinking nettles infusions every day. They would also laugh at the idea people fed their children slippery elm gruel when they weren’t sick. They actually might be concerned if they saw you drinking the chicken food (comfrey) every day because why would you do that unless you had a bleeding ulcer or something? (This does not mean you should treat your own bleeding ulcer, however I might suggest this as an adjunct, but probably not. Plantain works just as well if you make it right.)

For a group of people who try to use historic precedent as a selling point, many of you know truly little about what people actually did and lord knows many of you have spoken down to me when I tried to bring it up.

There’s a lot of marketing around this idea that we need an “herbalist” in every home and as the herbalists you model yourselves after were 19th century physicians responding to acute situations with strong preparations, I could not more strongly disagree.

What we need in every home are people who know how to take care of themselves with enough common sense to know when they are in over their heads and consult the professional healthcare provider of their choice. I don’t see that being taught. In fact, I see most people teaching a distrust for modern medicine that I won’t stand for anymore in light of the covid mess.

I love science and I am thankful for modern medicine. I become very excited when I stumble across some research that at least sheds some light on why a particular historical practice might be useful even though the people who first used them didn’t have the knowledge we have today.

This is the approach I take to teaching historical remedies at herbal conferences. People who have taken one of my classes know that I am absolutely giddy about the fact that it was discovered that that α-amylase in cabbage, potatoes, and wheat bran helps to thwart bacteria from building harmful biofilm communities by dissolving EPS shells, because now I understand poultices better.

When you look back at early modern domestic manuscripts you are going to find evidence of mutual respect. Physicians who wrote back-and-forth with their patients didn’t doubt their capacity to acquire or make a preparation and administer it. Some women were even known for their expansive knowledge of medicine and entertained male scholars at dinner parties where they discussed such thing. That’s how receipts attributed to people like John Locke end up in the domestic medicine manuscripts.

That’s unfortunately something that has vanished. When I was a kid my family doctor had grown up in a family like mine and so he had nothing negative to say about things my mom did to take care of us. He’d seen them help too many times. It is true that it’s really hard to find doctors like that now.

I have also been hesitant to talk about my use of herbal folkways in spaces where academic people would turn up their nose and snub them which is a shame because there is a lot to be learned from a time when physicians and those engaging in domestic medicine worked more closely together. I raised my children in this manner with great success.

My two younger children who are now 20 and 17 have never needed to visit a physician other than for their yearly physicals and to get their vaccinations. I navigated all the typical illnesses that are not preventable by modern science, by using home remedies that made them more comfortable and took the edge off symptoms. I even had a go at working with Covid recently.

My methods seem to have been reasonably effective at warding off secondary infections, as neither of them has ever needed antibiotics and their older sisters only needed them a few times.

I think that the women of the early modern era might better understand me than my modern colleagues do. Navigating domestic practice requires that one learns a variety of skills, especially if one doesn’t have a lot of money.

I grew up learning to grow, prepare and preserve from my grandparents and my parents because that was the least expensive way for them take care of their families.

I can’t tell you frequently or often enough that you don’t need to do that to learn to take care of yourself. In fact, I advise against it because I am going to be in debt for the rest of my life, and I don’t have it in me to become enough of a marketing nightmare to make money.

I am pulling my most practical information into one place and focusing on rebuilding an informed popular health culture. If you want to come along for the journey, join me on https://www.domestic-medicine.com

I’ve been having a bit of an existential crisis. You see, I was not sure I wanted to be an herbalist* any longer. I cannot in all good conscience align myself with a good portion of the HerbalCommunity™ with all the social influencing and scare-tactic marketing. Especially when some of those marketing types have sat silently by while racists and Q-anon conspiracists have been openly thrashing our credibility.

Sometimes, I am embarrassed to tell people here about my profession you all, and that is not okay. I worked hard for my education and experience. I should be proud of it.

Unfortunately, no elevator commercial is long enough to get across that I am not all about the kind of boutique, bougie life the Interwebz has turned herbalism into, and associating with some of you would sully my reputation in local spaces.

I spent some time asking people questions and researching why people interested in holistic health seem particularly susceptible to being sucked into the dubious world of Interwebz herbalism and conspiracy theories. It boils down to the fact that reliable sources of information are expensive and inaccessible.

This goes against everything I am striving for locally. I didn’t get myself teargassed last year because I think late-stage capitalism is grand, you all.

I am going to start offering free consultations again. No sliding fee bullshit, no forms to fill out to prove you can’t afford it. If you are a beginning herbal clinician who wants some guidance, you can book an appointment also.

I do not have a wealthy partner to back me up like a lot of the people who make a go as herbalists, but at least I have one. I put a couple more meaningful projects on the backburner to work on crap articles that keep the lights on. Our boys got jobs, recently. We will be okay, and I am in a spot where I can manage, okay. That’s the mutual aid my collective does locally and that’s what I want to see in the world.

Before Covid I did not think we had the resources to do this. I mean I really don’t. But it did happen, and most of my income went out the window and we managed to get by. I will never have a fancy house in the middle of the woods or be able to buy myself that herb farm I’ve always wanted. But I will be able to work with my collective and not feel like a fraud.

(This seems as good a time to bring this up. I wrote that article because one of my local students asked me to write something she could share with her mom’s group after a class discussion we had. It was not to make a name for myself or any or the other things the mean girls said. My student feels terrible about the fact all those things got said about me, just because I did her a favor.)

To the “plague profiteers” who will get upset with me about this. The people I am reaching out to can’t afford to pay you. Consequently, they are turning to crappy social media groups offering potentially harmful advice. It’s not part of my moral compass to look the other way while that happens. You can keep marketing yourself at the wealthy worried well. You will be fine.

People should not have to pay for healthcare, and they shouldn’t have to turn to social media influencers for information about herbal interventions, because they can’t afford a consultation fee.

Power to the people. 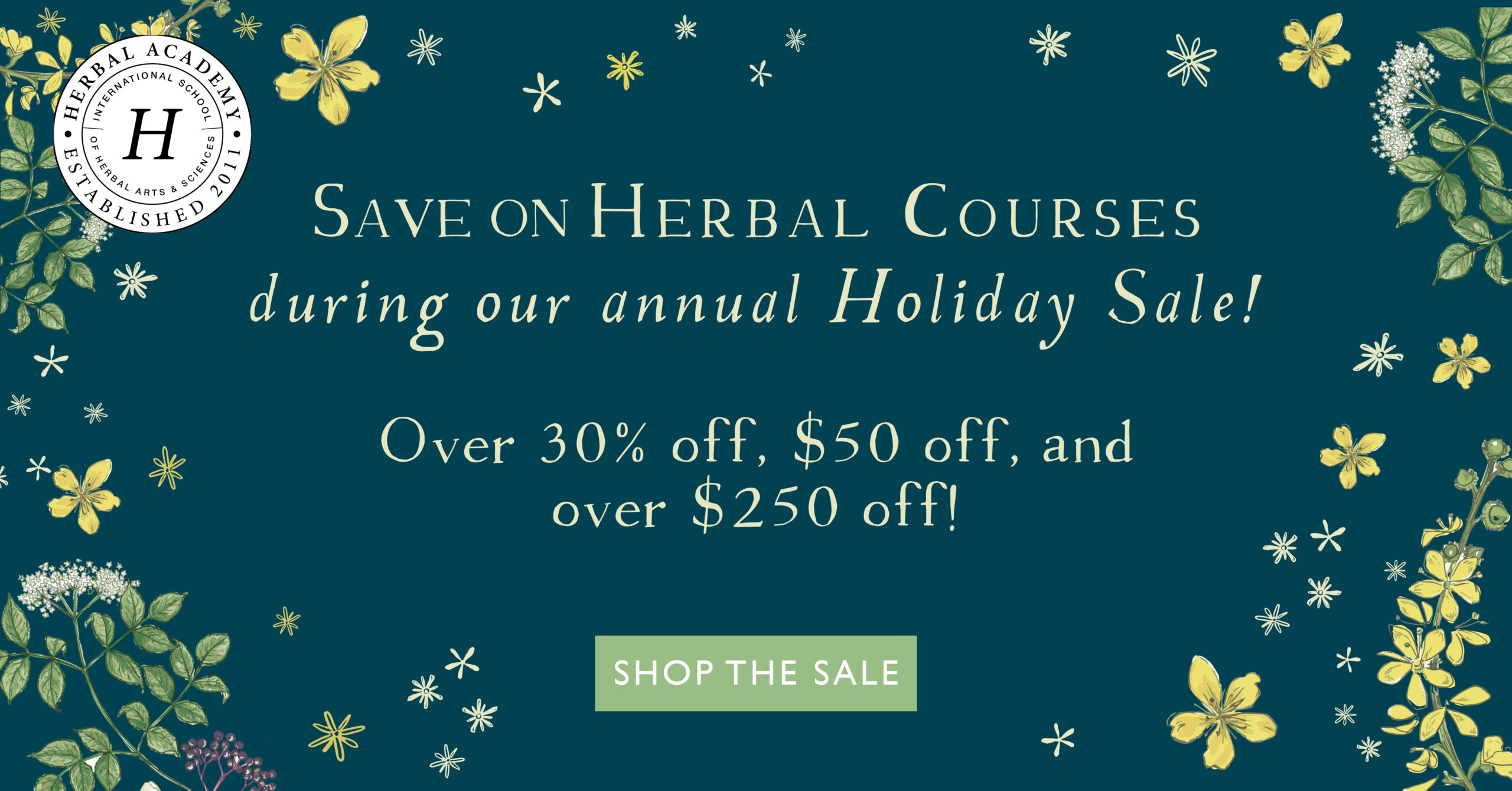