But first I want to address the many emails I got about the history thing.  My other (much neglected) blog focuses completely on historical herbalism.  I teach history classes at conferences and I have a lot of history articles on this blog.

That’s kind of my area of expertise.  I only dabble in the science stuff enough to be able to support my use of traditional remedies.  Sending emails  calling me out for being a “young  person who doesn’t know anything about tradition” are a little foolish.  It made my eight-year-old granddaughter laugh when I read that to her.

Elderberry is not a flu remedy in my tradition.  It just isn’t.  In my spare time, I am a volunteer transcriptionist for  Meitheal Dúchas and in all of their primary sources I found two (there are only 29 total) mentioning elderberry for colds and I think they were still speaking to the flower or scraping the inner bark of the tree.  That is in stark contrast with the hundreds of entries about blackberries and black currants.  (Remind me to talk to you someday about how they used black currant jam to make a tea for colds.)  Even in Darina Allen’s Traditional Irish cookbook she goes straight from elderflower recipes to black currant recipes with nary a mention of the berries.

I don’t know when it became such a thing.  I wasn’t really paying attention until people started charging $20 for a cup of the syrup.   A lot of my colleagues I talk to on a regular basis still don’t use it for influenza. I looked at Kiva’s Herbs for Winter Ailments chart she shared in 2010 and only elderflower is mentioned as a relaxing diaphoretic, so it’s been pretty recently.  The thing is, I really don’t care, either. Let’s just put  to rest the idea that I am flying in the face of tradition to rest and talk about viruses.

To begin with, let us agree that the goal of herbal viral interventions is to help to reduce the duration and severity of an illness.  We certainly cannot cure or treat anything. I mean physicians can’t even really do anything about a virus.

I absolutely believe that you must address  winter illnesses on a case-by-case basis. My clients and students learn all about the different ways respiratory complaints can present and how to best balance each presentation. I can’t really distill that down to a blog post.  I do have several old posts on caring for the ill on this blog and there’s a link to a newsletter I sent out a couple of years ago. I encourage you to look through those.

When it comes to limiting duration, that’s where we get into our herbal adjuncts.  Despite what people are telling you on the Internet,  I really don’t believe anything is broadly antiviral.  I can’t help that in the world of subpar Internet herbalism many articles of that nature will be shared.

The reason that there are so many pharmaceutical antivirals is that each of them is tailored to target a specific stage of specific pathogen’s life cycle, and herbal interventions work a lot the same way.

So we can about specific therapeutic targets of herbal interventions. Before I can do that though, I have to talk to you a little bit more about viruses and their lifecycle which is where we encounter our intervention targets.  This is really basic.  It’s about as simple as my brain will let me make it.

Learning this has been very useful to me.  I have used it to developing protocols for different viral  strains  and it has helped me to improve outcomes for my clients.  It also increases their confidence in my recommendations, which as many of you know is its own special kind of magic.

What is a Virus?

Viruses are obligate intracellular parasites that hijack a host cell to create energy and translate their genome (genetic code) into new virions.   They don’t have the capacity to create their own energy or replicate.

Virion is the term used for an extracellular virus particle used to spread the virus between cells and organisms. The virion includes an inner core of nucleic acid surrounded by an outer protein shell called a capsid. The capsid is formed due to weak covalent bonds between its protein subunits.  So some interventions  (like household cleaners and aromatic vinegars) target these extracellular virions by weakening these bonds further, breaking up the capsid, and destroying the virus.

An enveloped virion has a biological membrane consisting of lipids and proteins surrounding the protein shell.  This is not necessarily an advantage for the virion. An enveloped virion is less likely to survive strongly acid environment of the GI tract and they are even more susceptible to environmental factors such as humidity and temperature.  One advantage of an envelope to the virion is that it is comprised of materials from the host cell and so the host’s immune system is less likely to recognize the virus as a non-self pathogen.

Adsorption (Attachment)
The first thing a virion must do to survive is to attach itself to its host cell. The surface of the virion is covered with attachment proteins called spikes. The spike for SARS-CoV-2 aka COVID-2019 was identified back in February.[i]  These spikes have what they call specificity which means that they will only bond with one type of receptor.

Examples:
Hemagglutinin is a surface protein of the influenza A virus which binds with sialic acid containing receptors. Antibodies that bind near the head of this protein prevent attachment while those that bind on the stem prevent membrane fusion which I will discuss below.

Beta Coronaviruses of the severe acute respiratory syndrome (SARs) family target angiotensin-converting enzyme 2 (ACE2) receptors. This is the family that includes SARS-CoV-2 aka COVID-2019.  I can say this because yesterday the paper came out confirming ACE2 as the target receptor and cellular serine protease TMPRSS2 as the priming protein.[ii]   Personally I am happy to see it because I am tired of the coronavirus cashcow.

Penetration
Next the virion needs to enter the cell or at least inject its genome into the cell. This is a simplified simulation of the most common viral entry processes.

Some enveloped viruses penetrate the host cell by fusing with the host cell membrane and releasing the capsid that contains the nucleic acids directly into the cell cytoplasm.  This sometimes requires additional priming proteases (enzyme that catalyse reactions which breakdown protein or peptides) to be present.  These proteases are another target of viral interventions, because if they can be inhibited, it prevents fusion and penetration.

It appears this is how SARS-CoV-2 enters the cell and yesterday’s paper also mentioned using the clinically approved camostat mesylate, which inhibits the protease TMPRSS2, to block SARS-CoV-2 from infecting lung cells.

It also seems that people who have antibodies built up due to exposure to SARS-CoV Cross-will have some at least some immunity to SARS-CoV-2 because those antibodies naturally inhibit viral entry.

Non-enveloped virions (NEV) such can directly penetrate the cellular membrane while most NEV and many enveloped viruses enter cells through a process called receptor mediated endocytosis.  Receptor mediated endocytosis is a process by which the virion is engulfed by the cellular membrane and pulled into the cell. Cell surfaces have small pits in their membranes coated with receptors. The cytoplasmic surface of these pits is coated with a lattice like structure made of clathrin.  So, if you see the term clathrin coated pits, this is what they are referring to.

Usually several spikes bond with several specific receptor in the same pit.  After this happens, the clathrin lattice and attached membrane encircle the virus until it is surrounded by the host cell plasma membrane. The membrane then pinches off and forms a vesicle which enters the cytoplasm.

Once this occurs, the outer clathrin lattice breaks away leaving an uncoated vesicle called a endosome. This vesicle then fuses with endocytic vesicles in the cell which along the cytoskeleton to be fused with lysosome.  It’s the lysosome’s job to breakdown cellular debris in their acidic environment and this acidity often causes physical changes in the virion allowing them to uncoat.

Uncoating
Uncoating is the term used for when the nucleic acid genome is completely released from the capsid into the cell. This process releases viral enzymes  RNA polymerase, DNA polymerase, and reverse transcriptase, which catalyse reactions in the cell. These enzymes have been therapeutic targets .  Highly active antiretroviral therapy (HAART)   uses a combination of protease inhibitors and reverse transcriptase inhibitors to treat HIV-1.

This process usually involves the acidity of the cellular environment altering the shape of the capsid proteins. In research papers they often use the term “undergoes a conformational change” to say that.  In one scenario though, the acidity of lysosome activates M2 channels in the virus that cause the inside of the virus to become acidic and dissolve the viruses outer coat. These channels are another target of viral interventions.

Genome Expression, Replication and Integration
This is the stage the virus uses host cell organelles to produce the proteins that will be used to assemble new virions and  it genome proteins which are the nucleic acids that encode all the information needed to replicate a new virus in the next host cell. This process is quite different depending on the class and family of virus and way beyond the scope of a concise explanation.

Assembly of Virions
During this stage the capsid proteins self-assemble, and the new nucleic acid genome is inserted in the capsule.

Release
Non-enveloped viruses tend escape the host cell in a way that results in lysis of the cell which is another reason that they are far more likely to attract the attention of the host immune system. Enveloped viruses are created as they move back out of the cell through the cytoplasmic membrane and in the process become covered with the lipid-protein outer layer. These new virions are once again extracellular and go on to repeat this process.

There are enzymes that facilitate this process that can be targeted.  Neuraminidase (NA) is the other surface protein associated with Influenza A which catalyzes reactions necessary for its release from the cell.

There are other targets for intervention that have to do with host immune function, but I think  that’s a lot to process for one post. 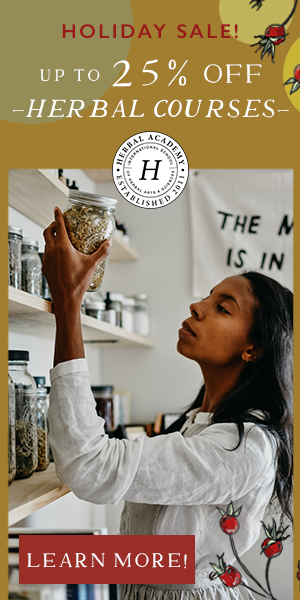